Sixty minutes brain-melt? The clock is ticking, do not panic please! The concept behind Escape Rooms is to encourage you to pay attention and activate your investigative qualities. You will be solving a puzzle, find a route, advance in your trajectory OUT OF THIS ROOM- that is locked till you succeed. It’s an immersive game, you’ll think the pressure is real. It makes for a great night out with friends or colleagues and will boost your reflection on teamwork and personal abilities to spot and add up some crucial clues!

Several entertainment sites of this sort have sprung up across London and themes vary from fantasy to Sherlock Holmes and Harry Potter adventures. Give it a try, it’s a communal challenge. 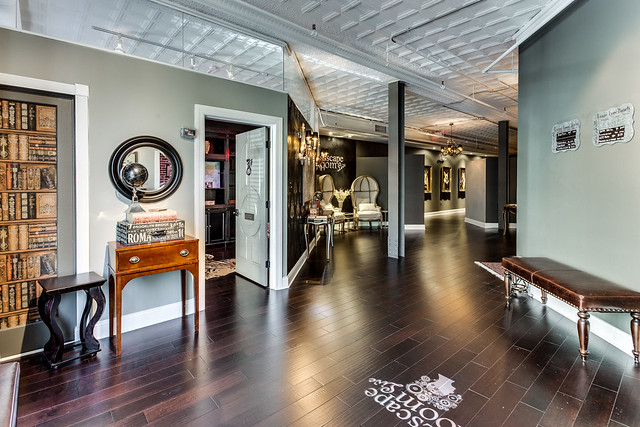 In their Biohazard Laboratory, you are saving New York citizens from a dangerous neuro-toxin invented in a secret lab you are ought to find deep below – in their sewage system! Defeat Dr. Snake and test your analytical skills, logical thinking and attention to detail in a high-tech environment.

For a bit of a time travel challenge choose Room 33. It will take you on a quest from 17th Century China to the present day recovering a vase from the British Museum! An angry emperor, a time machine and laser technology will be part of your experience recovering ancient artifacts under time pressure.

The Game Is Now, Shepherd’s Bush

Sherlock Holmes anybody? Featuring iconic sets, props and storylines familiar to fans and inspiring to others, you will gladly solve this game’s mysteries! Spy-training is given alongside advice from the actual cast of the contemporary version of this ever-green: expect Benedict Cumberbatch and Martin Freeman to give you a virtual hand.

All time favourite Harry Potter inspired the storyline of one of three rooms on offer at Enigma Quests, receiving raving reviews. Opt for School Of Witchcraft And Wizardry to test learn new skills and test your bravery.

The Spy Heroes room is the least Horror inspired of their roaster of entertainment quests prompting you to uncover the secret life of a friend fighting off his enemies. Apart from logic you must use gadgets provided. Wearing comfortable, sporty clothes is encouraged.

Aim Escape’s Psychopath’s Den is more of a heart-throbbing night out, where blood is already splattered and torture is what you will face unless you solve this puzzle. Horror enthusiasts will be delighted to test their abilities and play their way out with more than a bit of adrenaline circulating their system!

Submerged below water-level the Submarine themed room TORPEDO asks you for solidarity with lost crew members of a fellow vessel floating in the ocean. You and your crew members need to find out what happened and learn how to launch a torpedo to be sure to arm yourselves against potential under-water threats. Check your radar and immerse in teamwork!

My name is Osman Semerci and I am starting this blog to share some of my favourite things about London. I’m originally from Istanbul and 32 years old. I am single and live in a shared accommodation with friends and work as a freelance translator. Ten years I’ve been living here in London and absolutely enjoy the city still, it’s time to write it all down I thought, so welcome to my blog!