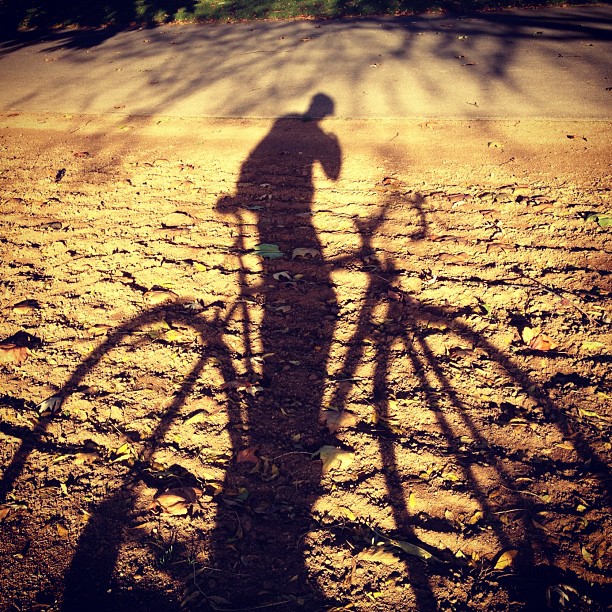 Cyclists in London are of a special type, I dare to say competitive. So, it’s not exactly a leisurely ride if you would decide to mount a bike in the city- Lycra clad bodies on super light aluminium frames will be passing you at a speed you didn’t dare to imagine. But there is a few ways to avoid them.. and keep your cool, whilst getting to know the city at your own pace. 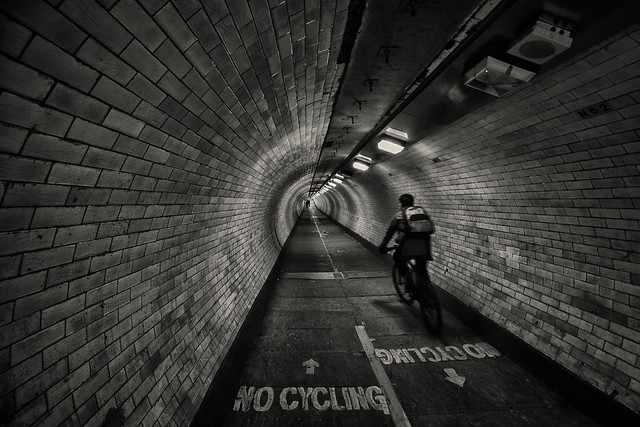 Rush hour on the bicycle highway

If you are to be at work before ten it’s simply a nightmare to navigate inside the flock of near-to-professional sportsmen and women. They hurry to catch a shower at their office before starting their assignments- and have no sympathy for anyone less speedy to obstruct their way. My advice is to avoid rush hour and especially the designated bicycle highways, indicated by a broad blue line. On any other time but between 8 am- 10 am and 5-7pm one could argue for those highways to be the safer option of getting from A to B, as for once you are not competing with cars!

Ride along the canal

Whether it takes you from east London to the west via Regents canal or south till north along the River Lea, here cycling isn’t the prioritised transport- expect to circumvent pedestrians, boaters and dogs running back and fro, knowing that if any of you falls into the water due to a quarrel to do with sharing the towpath tears will be shed, plus: once submerged the dirty canal water might lead to infections!

You might want to treat cycling recreationally rather then a form of transport. Breath taking scenery on a stretch formerly reserved to trains has been opened to the public. It is called Parkland walk and is more than suitable for a beautiful tour by bike or on foot. Starting at Finsbury Park in North London, passing Highgate Cemetery, you’ll arrive even further north at Alexandra Palace – from where you can see the entire city. The views will compensate any uphill struggle you experience!

Say you’re against using human labour on that singular occasion opting against a rickshaw to bring you from a Soho Theatre to the ICA, there’s a handy Do-It-Yourself option on near to every corner : Santander Bikes. They go by ‘Boris Bikes’ in a tongue and cheek reference to the former transport mayor of London Boris Johnston who has introduced this bicycle rental scheme in collaboration with Barclays Bank in 2010 … by now it’s sponsored by another Bank called Santander while he’s been through a string of high profile positions in the government, currently trying to become Prime Minister. All you need is a credit card and some paddling power.

Thames view from the Peninsula

One of London’s financial districts, Canary Wharf, is devoid of people or cyclists, as everyone is in their office. For a dystopian ride I recommend the Thames path direction south. The royal observatory, Greenwhich awaits you, which is former hotspot for astronomy and navigation.

My name is Osman Semerci and I am starting this blog to share some of my favourite things about London. I’m originally from Istanbul and 32 years old. I am single and live in a shared accommodation with friends and work as a freelance translator. Ten years I’ve been living here in London and absolutely enjoy the city still, it’s time to write it all down I thought, so welcome to my blog!